THE HOUSE BY THE MARSH

The Suffolk Trilogy Book One 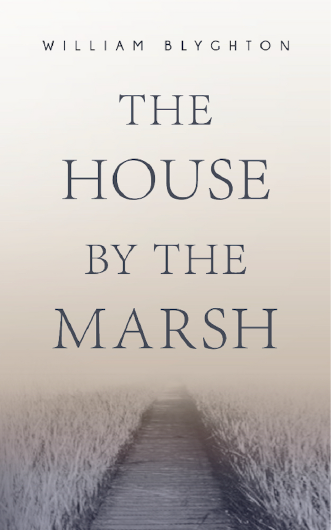 One morning before lunch, Caroline stopped breathing. Bereft and alone, a small madness fell upon William. Fleeing to his flat in London, he locked himself away and grew a beard. Some months later, whilst reluctantly attending a dinner party, William saw her, and felt that perhaps Providence had plans for him after all. Jennifer, however saw things differently.

Quite by chance, although nothing is by chance, William came to live in Suffolk, in the house by the marsh, and here a sense of east slowly enveloped him. With each ebbing of the tide, his madness seemed to diminish. And yes, Providence did have other plans for him, plans which set tongues wagging in the village. But some saw the deep sadness that William carried, and they opened their arms to him, challenging preconceptions of love, friendship and community.

The House by the Marsh by William Blyghton lays bare the almost taboo subjects of grief, love and hope for men and women in their later years. With humour and compassin the author peels back the defensive layers of apparent competence to reveal a vulnerable humanity, and shows the miraculous effect of Love in all her guises.